I’ve never had a guest entry written on this blog before.  And quite honestly, I never thought I would either.  However, I’m warming to the idea as several people have, in the past, mentioned it.   And, after meeting up with Ella Shaw(who writes the “other” paramenace blog, tryingmypatients.co.uk) and being allowed to write one on their blog it only seemed fair trade to allow the same.

We both gave each other a vague theme to cover and for my blog I gave the vague theme of humour.  Disastrous humour.  I read this last night and burst out laughing . . . as these things – well, you just can’t make them up.

Now, read on . . . with thanks and courtesy to Ella Shaw from www.tryingmypatients.co.uk

It was student season.  For 4-5 weeks the paramedic university students were chucked out from the comfort of their lecture rooms to the unforgiving shift patterns of their respective mentors.  It is during this time they hone their skills and learn how to take a patient history, diagnose conditions and talk to people.  Of course, always under the watchful eyes of one of us!  I remember being chucked into the deep end all those years ago.  Staring blankly at an expectant patient and not having a clue what to say, there were so many awkward silences!  It’s just part of the learning process. 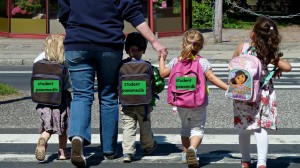 We headed off to this particular nondescript chest pain and en route discussed what relevant questions should be asked.  Chest pains are a very common call to go to and as such, it is one of the first things that students get well accomplished at doing.  However, as today proved, it is often far too easy to get overly focused on one thing, and not to look at the bigger picture!

The door to the care home was eventually opened and we headed in!  It always amazes me just how long it takes them to answer us despite having called 999 and presumably expecting an ambulance to arrive!  We followed the carer upstairs and were presented with our patient, who was lying on the floor!  To me, it was painfully obvious why we were called.  To me, the injury was obvious, as was the fact they had said chest pain just to ensure a quick ambulance.  To the student, it was a chest pain lying on the floor and so the history taking began!

To their credit it was an excellent example of history taking for a patient with chest pain.  Unfortunately, they were concentrating so hard on trying to establish the history via the dementia patient’s carer and his confused responses that they neglected to focus on what I felt was glaringly obvious.  Not wanting to rain on the parade I allowed it to continue for a few moments.  I turned to the carer and quietly asked her to get me a few things that I would be needing! (All will be revealed . . . )

“Frank had an unwitnessed fall, unknown loss of consciousness and now has some discomfort in his chest, not radiating anywhere, says it feels heavy.”

“Yes, that’s probably a good idea. However, perhaps address the fact that his EAR isn’t attached to his head first.”

The student glanced with horror towards the patients head, and clearly for the first time, realised that lying next to his head in a small pool of blood was his ear.  Completely severed. The look I was given was of distraught fear.  On cue the carer arrived with 2 sandwich bags, 1 empty and 1 full of ice that I’d asked for.

“Can you pass me the ear please?”  I said with a smile on my face.

I thought it was about to be an ear covered in vomit!  Apprehensively the ear was picked up and handed to me. 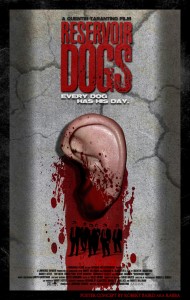 So, there I was, standing in a care home, a student kneeling in front of me almost in tears, a patient lying on the floor grinning like the Cheshire cat having a whale of a time and I was holding his ear in my hand.  I couldn’t help but think I was just a cut-throat razor away from Reservoir Dogs!  It was most surreal. I popped the ear onto a sterile non stick dressing and put it in a sandwich bag. I then put that in the bag of ice.

Our patient, who was in no discomfort, was promptly wrapped in a bandage and thoroughly checked for more injuries.  I couldn’t help but ask the student to check for any more missing body parts to which they just glared at me.  The ambulance arrived, an excellent handover was given and we left for a debrief in the car!

The student felt awful.  Part of me felt cruel for allowing it to go on as it did.  The other part thoroughly enjoyed it!  We have all been there when we were new and naive.  It’s easy to miss the blindingly obvious when our minds are telling us to look for something else.  The first thing that went through my head as I entered the room was “WHY THE F**K IS HIS EAR ON THE FLOOR AND WHY DIDN’T THEY MENTION IT?!”.  Clearly, the first thing on the students mind as we walked through the door was “Chest pain, chest pain. chest pain!”.

It served as a valuable reminder that looking AT the patient is always a good place to start.  Things are rarely as we expect to find them and despite being taught to expect the unexpected, the student fully expected to find a man with chest pain, not a modern day Vincent Van Gogh.  I have no doubt, missing body parts will never be overlooked again!