What is going on with this country!?

I’ve written about attacks on ambulance staff before- namely the night when I was gobbed in the face by a complete twat and then later attacked by a drunken man.

But it seems that attacks are on the increase.  Within the space of less than two months there has been a student paramedic assaulted with a baseball bat and then a technician attacked and knocked unconscious by a drunken man.  And these are just the ones making the news! 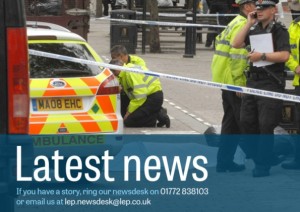 Whenever I go into work now I’m hearing more and more stories of attacks on our staff.  Even the “old skool” medics are beginning to see it’s getting out of hand.  It doesn’t seem that long ago that one of my colleagues nearly had her finger bitten off by some arse wipe – who, as it turned out, only received a ‘suspended sentence’.

Knives have been pulled on us, fists swung, kicks, spitting . . . one person even attempted spraying their own blood over the ambulance crew whilst shouting they had HIV.   Crews have had their testicles crushed, been punched in the face, wrestled to the ground and are constantly grabbed, manhandled, groped and/or pushed.  There was also my good friend who had a gun pulled on him (however, in this case it was a bad move, seeing as my friend used to be the kick boxing champion of Europe.  Twice . . . you can guess the outcome of that one).

It’s almost becoming – dare I say it – a chore.  It’s as if what used to be a taboo subject – an unspoken rule NEVER to turn on the very people who are coming to help you – is now becoming more and more of an accepted way of life.  And this doesn’t even start to touch the surface of the verbal abuse we receive EVERY SINGLE SHIFT.

I feel slightly lucky in that I have done self defense in the past – Aikido.  And, strangely enough, it’s only whilst being in the Ambulance Service that I’ve ever had to use it!  I know several of my colleagues who equally have had to defend themselves against attackers . . . and some of these medics – and get this – some of these medics were suspended for doing so!!!!   What?!!?!?!?!

We are here doing our job because we want to help.  Deep down it is in our very nature and our souls to do so.  We are given the tools, the uniform, the training and the badges and are paid by our own society to do the very best we can to help the vulnerable and ill and the dead or dying.  I myself, love my job.  I love the challenge of every patient.  I love trying to help and do my best.  But you know what?  This is getting ridiculous . . . every time I hear of yet another medic assaulted my blood boils.  As does, I’m sure, others like me.

So, when you’re out next time and you see the Ambulance Service dealing with abusive drunks or just plain arseholes – spare a thought for us . . . maybe even stick up for us – because we’re having to face this nonsense more and more each and every day.  We don’t deserve it.  No one does.  So why does it happen?

And as for the nasty piece of work that gobbed in my face last year?  I saw him twice more after that incident . . . once starting another argument/fight with a person in a car and another time being chased by the police on his moped.  He eventually went to court . . . not just over my face gobbing, but for several other charges too.  Outcome?  Community Order . . . that was all.  I despair.

So, to all my medic colleagues and to those in outer counties . . . you know the craic, stay safe, watch each others backs.  I suspect, before long, as well as being issued personal BM kits, we’ll soon be given personal issue tazers!

NB  Apologies for not mentioning the Police.  The abuse/assaults/attacks on you guys is ten fold what it is on us . . . if I started talking on that subject, I might as well write a book!  Our deepest respect goes to them.

3 thoughts on “Attacks on the increase”