I am very wary of London Black Cab drivers.

When I first moved to London for this job I remember a London black cabbie trying to run me over whilst on my bicycle.  My bike was destroyed and I was left in the middle of the road bruised and bewildered whilst he drove off at speed.  He got 6 points and a hefty fine for that little stunt. 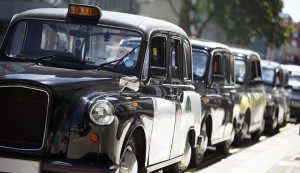 I’m also amazed at how lots of them still try to “surf the blue wave” of our blue light call . . . ie speed up in front of our run to gain as much distance as they can – and then have the audacity to wave us on, like they’re doing us a favour.  Cheeky sods.

. . . our call came down as 50 year old, unconscious.  When we arrived you could tell he was a lot older than that.  But, he was awake . . . just.  He also looked unwell.  I mean proper unwell.  I honestly thought the restaurant staff had poured a bucket of water over him just before our arrival.  Sweat was pouring from him and he looked pale.

At this stage you kick it up a gear as something must be going on to cause that amount of sweat.  The ECG showed anterior elevation . . . that is, according to the ECG, he was having a heart attack.  However, there was no pain and all his obs were quite good.  Still, we weren’t going to take any chances.  The crew arrived and we all agreed – it was the Cath Lab for our patient.

He was quickly packaged onto the ambulance and his wife sat in one of the seats beside him.  The rest of the family asked where we were going.

Their confused looks said it all.

“So, if we got into any cab they’d know where that is?”

“Yep, just say, London Chest, Bethnal Green and you should be alright.  We’ll see you there”

I had an observer with me on the car so I thought it would be good for them to see what happens next – especially if it was confirmed as cardiac.

So, within seconds both the ambulance and our car were off, leaving the rest of the family standing outside the city centre restaurant.  En route I explained to my observer how sometimes the slower an ambulance goes on blue lights the sicker the patient could possibly be.  I said this due to the fact the ambulance taken our patient in front was not hanging around.  We carved through the rush hour traffic at a super quick speed and arrived at the hospital in no time.

Once unloaded we headed to the prep room for the cardiologists . . . only to find the rest of the family waiting in the corridor before us – cups of hot drink in their hands!!!

“How the hell did you guys get here before us?”

“We got into a black cab and explained like you said, and he just got us here . . . erm, fast” 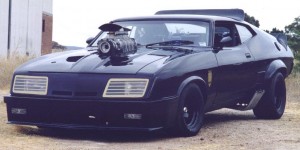 Fast?  FAST?  We were jumping red lights and going down the wrong side of roads.  Damn it man, we even left before they’d even got a black cab.  That’s some serious “knowledge” that cab driver had!

So, on the whole, I’m not overly fond on black cabbies.  But . . . this one deserves a medal.  He/she should become a formula one driver . . . he/she should get a job with us.  This black cabbie was super cool.  Well done whoever you are.  I take it back.  I take it all back.

Epilogue:  The patient had an echo cardiogram and was cleared of a cardiac problem there and then.  The ambulance crew then took him on to a “normal” hospital to find out what was going on.  In fairness, we had our doubts en route due to there being no changes to on going ecg’s.  However, you can never be too careful hey.