It must be common knowledge by now that when some people hear our sirens or see our blue lights they do incredibly stupid things.  So it must come as no surprise that when I approached a large roundabout on blue lights, a car already travelling round it slammed on it’s anchors at the very last minute.

Under normal circumstances this would not be an issue . . . I had preempted their move and slowed to a crawl before reaching the roundabout.  They had stopped.  Neither of us hit each other and no other vehicles were involved. 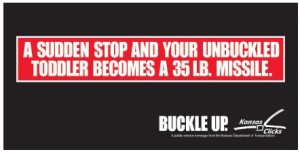 However, as the driver slammed hard on his brakes I watched in horror as the little girl sitting in the passenger seat was launched forward like a cannon ball into the windscreen.

She wasn’t wearing her seat belt.

Just like in a film it all happened in slow motion.  Her whole body was thrown up and forward, her feet coming level with the driver’s head.  But miraculously she was saved from ejection and certain death only by the thankful lack of speed.  Instead she bounced off the windscreen and fell back into her seat.

I came to a halt in front of them, wound down my window and let the driver have both barrels.

The driver reacted by throwing his arms up and pointing at the seat belt attached to him.  His declaration was blissfully ignorant . . .

The little girl however, got the message.  Balling her eyes out and terrified she got her seat belt on in a second.

I decided to leave it at that and continue on.  The driver was a fool and the poor girl was clearly traumatized enough.  He wouldn’t have listened to anything.  And my ire would have only exacerbated his ignorance.  It was best I just move on.

However, it still remains one of my biggest bug bares of working in London – people not wearing their seat belts.  Part of me still believes though, that if you make that conscious decision as an adult NOT to wear one, then it should be your prerogative.  However, when it involves a child, there is no excuse.  Buckle them up!  Not to do so is wrong.  Very wrong.

But I see it in London more and more these days.  Everyone does.  Over packed cars.  New born children held on laps.  Children climbing over seats.  Even tiny tots climbing onto the dash board!  Basically, parents being ignorant fools!

Much that you think you should leave these people to Natural Selection, you can’t.  But you don’t ever want to be that medic that arrives on scene to the inevitable fatality either.  So what can you do?  Not much really – and most of the time we just shake our heads and curse their fool hardiness.

I just wish we could be allowed though, just once in a while, to drag these fools from their cars and . . . and . . . rattle their necks. 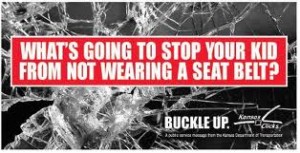 So please, to those fools out there whom are guilty of this inexcusable and heinous crime, please . . . buckle your kids up.

7 thoughts on “Buckle your kids up”