There are two types of off-duty Doctor we meet in the pre-hospital setting – good genuine helpful ones and . . . not so good and helpful ones.

You see, without wanting to wind up the Doctor profession I think it’s safe to say that with experience comes quiet calming confidence and wisdom.  When you meet these guys, they just exude knowledge and skill without even trying.  Trust and likeability just radiates from them.  Don’t get me wrong, I have met the odd tosser of a Consultant (see http://www.not-on-my-shift.org/2011/09/29/theatres/ . . . But I’m not bitter!).

So, it’s also safe to say, further down the “food chain” it would appear some less experienced doctors can be more egotistical and narcissistic.  These are the ones who make you just want to . . . erm, slap them hard.  Meet either of these in our world, the pre-hospital setting, and their true personalities really shine forth.

Here’s a couple of stories when I met both types . . . 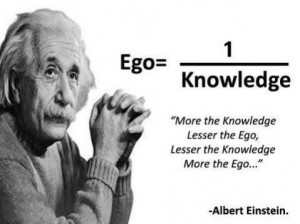 Never a truer saying was said

My patient had collapsed in the street.  A Consultant Paediatrician just happened to have been passing and stayed on scene until I arrived.  She gave a good short simple handover and stepped back to allow me to carry on.

GCS 3.  Utterly no response.  I mean, with most drunks after you’ve given them a good kicking and smashed a few chairs and tables over their heads they usually give you some sign of life.  But this guy – nothing.  Good colour though, good pulses, no sweats, pupils like dinner plates and non responsive.  Hmmmm, either really pissed and out of it (I didn’t believe this for an instant), high on drugs – such as GHB (possible – but didn’t quite fit the bill – no powder in the nostrils . . . but couldn’t rule it out) or CVA (something like a sudden bleed within the head).  This was my main thought at present and what I was going to treat for. . . not that I could actually do much “treating”.

The Doctor stood back and was happy to take instructions – a very calm jovial lady I thought.  This is typical of Consultants!  But at one point she definitely showed her experience over mine when I tried to insert a nasal pharyngeal airway.  I already had an oral pharyngeal in and the Doctor was helping me by holding the patient’s head.  As the NP was about to slide in, my patient showed signs of sudden vomiting.  Quick as lightning we both pulled back – but the Doctor also turned the patient’s head toward me.

“Ooo you little rascal!”  I declared, defeated on the spot.

The Doctor chuckled, “Sorry, I’ve been doing this a long time”.

And there you had it.  Someone with skill and experience.  Enough to make you trust them on the spot.  But someone who didn’t try and take over and basically left you to it, offering help where needed.  These doctors we all like.

Pretty soon the crew arrived and the patient was blued into hospital.  Sadly, I never found out what had happened.

My patient sat propped up by a friend by a bus stop.  Vomit covered half her hair and both her leggings.  Her other friends sat round talking amongst themselves.  One man stood above the patient . . . a stern, serious look about him – one of deep thought and concern, possibly even slight constipation?

He too was a “Doctor” – apparently.

The call was an hour old and I wanted to check the patient was still there before activating an ambulance.  So, on arrival I motioned for the friend to let the patient lie down as she would find her own comfortable position to be in and vomit – and then took the hand over from the “doctor”.

“This is Patricia*, collapsed here at the bus stop, lots of alcohol, lots of vomiting, been unresponsive with lucid intervals.  I believe she may have taken something else and I believe there’s something else seriously going on”

At this stage I didn’t know he was a complete stranger to the group and just happened to be at the bus stop at same time the patient decided to start vomiting.

I looked down at the patient.  She looked miserable.

I looked at the patient’s friends.  They smiled back.

I looked at the “Doctor”.  He looked serious.

One of the friends piped up, “We know she just pissed.  She just drink lots of wine, no drugs, just wine and then feel sick.  We want to just get her home but no taxi take her.  She’ll be ok, she with us.”

“So,” I said, to no one in particular, “what would you like to happen?”  I smiled broadly waiting for the response.  Nothing.  “Do you want her to go to hospita-”

“Yes!”  The “Doctor’s” monotone voice cut me off.  He continued to stare down at the patient with that constipated look as if by the very stare everything would be fine.

My smile didn’t falter an inch but my teeth began to grind and my left eye twitched ever so slightly.  Right.  Here we go then . . . I took a slow deliberate breath in, “A Doctor eh?  Is that a real Doctor?  Or a Doctor like Dr Pepper is a Doctor?” 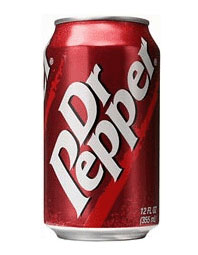 This hit the mark.  “I’m a Doctor in a stroke unit.  But I used to be in A&E!!  So I know when someone needs proper medical attention!”
My smile broadened, my head tilted and my voice became patronising, “Are you really just a student Doctor?  Should you really in fact just be winding your neck in and buggering off?  Oh, and have you been drinking tonight “Doctor”?  Cos let’s face facts, if you have, you’ll not be doing any “Doctoring” tonight eh”
I was subtly aware that Patricia’s friends were all chuckling. I continued with my rant . . .
“I mean, Patricia here, bless her cotton socks, is just drunk yes?  She has her friends to look after her.  Do you really think it necessary to call 999 and have myself, a solo responder, and then an ambulance as well, to take her to hospital where she will simply become a statistic – clogging up the already bursting-at-the-seams A&E?  Hmmm?  Well, I tell you what, I’ll take over from here thank you very much.  And you?  You can go now, thanks – byeeee”
His mouth opened to say something but I turned my back to him and concentrated my energy on Patricia.  A few seconds later and the “Doctor” had gone.
The patient’s friends loved this and burst into laughter.  They hadn’t wanted 999 called at all but according to them, the “Doctor” had decided to take it upon himself to take charge.  But because he appeared “authoritative” they bowed down to his decisions.  So when I challenged his authority they absolutely loved it.
Anyway, Patricia was fine – just overly inebriated.  And ironically enough, I kept the truck running – cos no taxi was going to take her and a bus probably wouldn’t either.  I checked her phone and no one who might have a car was available . . . so, she had to go to a place of safety until she sobered up after all . . . (but I was never going to let that “Doctor” know this!)
Eventually a truck arrived and took Patricia and one of her friends to hospital where she woudn’t receive a drip.  In fact, I wager she’d have just been left in the waiting room before allowing herself to go home.
These type of “Doctors” we don’t like.  They’re obnoxious, arrogant, foolhardy and a pain in the arse.  When it comes to the pre-hospital setting, they’re more a hindrance than a blessing.  Give me a Consultant any day!
Binder
*not her real name of course