“How much further is it?”

The Rail Guard leading us along the track glanced back momentarily, “Quite a way I’m afraid” and as an after thought, “. . . sorry, did you need a hand with your kit?”

An ambulance crew caught us up and as we all stumbled along the track in darkness the conversation between them moved inevitably onto the topic-du-jour. 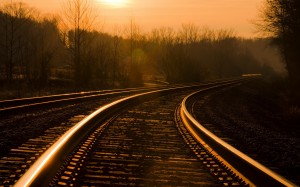 And on we stumbled.  Walking on the stones was proving difficult so we all moved to the sleepers.

“And aren’t you finding it more of a pain?”  The medic motioned toward me, “Being on the car?  Aren’t you having to find you’re waiting longer on scene for a truck?”
“Huh?  Yeh.  It’s become the ‘norm’ now.  You almost expect the long waits.  It’s embarrassing in most cases . . . having to explain to families why there’s nothing coming . . . ”

There were torches up ahead.  And we could just make out in the darkness, the outline of the train.

“. . . and obviously the cases where the patient is really ill is the worst.  It becomes heart breaking then.”
“I know loads of FRUs who’ve chosen to come of the cars now.  They just can’t handle that shite anymore.  They prefer to be on a truck . . .”

It was about a mile of walking before we arrived at the train.  Several other rail staff were on scene as well as BTP**.  A sense of urgency was lacking in the air and it quickly became apparent that our patient was very much dead and was already lying in a body bag to one side. 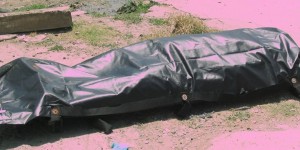 Another crew and FRU were already on scene, one of which was on the train dealing with the traumatised driver.  This meant that we weren’t really needed.  However, one of the other crew joined in the conversation.

“. . . and the new rotas haven’t made a blind bit of difference have they?”
“Nope.”
“The calls are still mounting up.”
“Why they have had to keep more folk on that dreadful B Relief rota is beyond me.”
“Yeh.  Give people lines!  They’re there!  Use them for God’s sake.”

We had a quick look at the patient.  The back half of his head was missing.  Around us BTP and rail staff busied themselves searching for and picking up pieces of skull and brain matter and placing them with the patient in the body bag.

“It’s exhausting having to work with someone you don’t know every shift”
“Especially when their new.”
“I’m not even ‘peep-ed’*** trained and I have to take on students constantly.”
“It’s ridiculous man . . .”

One of the rail staff motioned toward one of the crew’s feet.  A piece of skull and hair was stuck to the underside of his boot.  He plucked it off and tossed it into the body bag nonchalantly.

“. . . you look at other services and they’re already starting to think about paying their staff more, as well as train them better.”
“Yep.  The training is there man.  No wonder people are spring boarding to outer-counties”
“Can’t blame them really eh”
“No”

One of the BTP took our call signs and passed the details down on their radio.  Leaving the rail staff and BTP to continue ‘cleaning up’ we picked up our kit and started heading back down the track.

“I mean, why would you want to do all that time in Uni just to end up on the B relief and get moved around like a piece of meat”
“Yeh”
“Of course they’re going to move to better service aren’t they”
“I would”
“When are they going to listen”
“It’s nuts man”

The conversation continued unabated.  However, I had long ago shut up.  I was bored and as much as there were plenty of truths in what they said and lots needed to be addressed – to be honest, it depressed me.

Somehow, something had clearly been missed on this job.

So we stumbled back along the track in the darkness. The crews’ chatter filling the night air.  Eventually, I got back into my car, greened up immediately and drove off.  Within seconds the MDT sprung into life with another job . . .

And thus, the beat goes on.

*Surge Purple is when the service are holding so many unattended calls that things become critical.

***Peep-ed – (PPEd) Practice Placement Educator . . . someone who is technically able to take on students as a Mentor.