The Police blue tape was laced everywhere, marking an obvious boundary of where not to pass.

Within the boundary, several Armed Response Vehicles were parked in the middle of the road.  Armed police wandered back and forth from these points, their guns gripped with purpose. 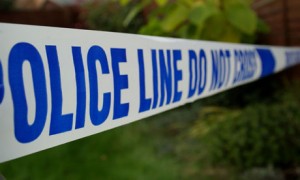 Outside the boundary tape several police cars and “meat wagons” were parked in various positions.  Officers walked back and forth, radios blaring in their ears as they moved.

Above us, a police helicopter hovered, offering that constant humdrum noise to an already electric atmosphere. 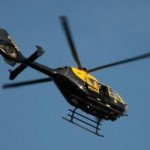 We, the Ambulance Service, stood to one side of the police tape . . . an added extra “should anyone get hurt”.

Someone had been shot.  Thankfully, not badly.  The police were now trying to track the person who’d done it and had made the public clear this was the case.  The whole scene was buzzing. 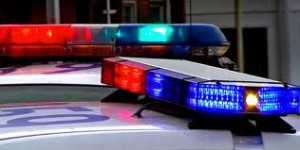 But, even with the tape, the mass of police, the guns, the helicopter, the flashing lights and the ambulance service it still didn’t stop people constantly coming up to the boundary tape and confronting the police with ridiculous questions . . .

“I live literally just there – surely you can let me through?!”
or
“Can I not just get through?  All I need to do is get over there”
or
“I need to get to my car, can I just get through quickly?”

You’ve got to hand it to the police – they kept their cool.  They would just let these crazed odd-balls complete their rants and then casually gesture to the whole scene behind them.  And as they did so, they’d smile broadly before answering.

“What do you honestly think the answer to that is going to be?!”

I guess there’s nothing queer as folk.