I attended my first ‘RVP’ a while back.  That means we ‘assisted’ the police in a raid.  And even though we were ultimately not required and saw absolutely no action, I did find it exciting.

The job doesn’t come down as much.  It simply requests for you to ‘RVP’ at a certain police station.  Once there you sit in on the briefing and then leave, en masse, to whatever it is that’s happening.

Our briefing wasn’t quite as I imagined it to be . . .

Firstly, the room was full of different police groups.  These consisted of the following;

Armed Response Units
They all sat at the back – some oiling their over sized muscles and wrapping bandanas round their foreheads, another smearing camo paint across his face with two fingers whilst the another meticulously sharpened the end of an RPG. 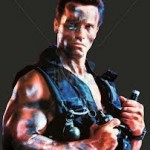 Police Dog Units
Each one of these sat relaxed in their chairs drinking steaming cappuccinos whilst nonchalantly goading through double thick steel cages, with sharpened sticks, their purposely starved, rabidly insane and foaming wild pets of the (loosely) canine variety 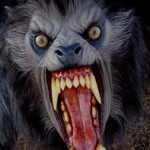 Uniformed Police
These were difficult to read . . . but basically sat there either ultra pleased to be involved in something other than receiving abuse out on the road or sat there with the placid nonplussed outlook of someone who knows they’re about to be used as a general dogs body.

Then there was us;

The LAS
There were four of us.  A Duty Station Officer – ie, the “manager” of us.  He stood leaning against the wall, his eyes glazed over.  There was a chap from our Central Operations division (nick named “Black Ops” or “Secret Squirrels”) – sent due to their close connections with police activity.  He stood next to the DSO, dwarfed by comparison, sporting bi-lateral handset radios hanging off each shoulder and an expression of avid excitement.  There was Marvin, standing next to the Secret Squirrel, who seemed happy and content to be lost amongst his inner thoughts of psychedelic hardcore trance and didn’t appear to be taking any notice of the events happening around him.  And myself, standing beside Marvin.  Feeling in awe amongst the presence of such inspiring professionals made me want to present myself a bit better . . . so, I attempted to stand up straight . . . all I managed however, was to look fatter than I was.

The first bit of the briefing involved a female officer rattling off a four page legal statement in little under three minutes.  The speed of which she did this was only rivaled by the legal blurb you often hear at the end of car adverts on the radio.  Once she finished however, she suddenly realised that the recording machine hadn’t been turned on – so, apoligising to us all, she switched it on and repeated it all . . . her voice not once changing tone.

Next up was a hardened plain clothes officer who ran through the plan of attack.  This consisted of a simple tactic of which I understood nothing of.  However, his “contingency” plans did raise our eyebrows . . .

The most poignant moment during his briefing happened when our DSO’s phone went off.  This was loud – very loud.  And it wasn’t just an ordinary tone either . . . it was a children’s times table song.  Everyone’s heads all turned to our DSO and stared.   He looked horrified.

“What the f-f-f-f-bloody hell is THAT!”  He grabbed his phone and ran out of the room.  Ourselves and the officers on the back row were in hysterics.

After a few seconds the head honcho turned to the recording machine.  “For the record, let it be known that the interruption was caused by the phone of an LAS Officer . . . right, let us continue . . . ”

We later found out that the DSO’s kids had got hold of his phone (as they often did) and had cunningly set it up to go off with this tune at that time.  Little did they realise how perfect their timing was going to be.

After the briefing we all left . . . and as one great big convey of approximately ten vehicles we headed off to our destination.  Once there, we all took up positions, blocking off roads and generally pissing off everyone wanting to get by.  After about half an hour it was all over and we were told to stand down.

We saw nothing.  Heard nothing.  Got involved in nothing.  However, apparently it was a huge success and they got their man.  I wish I could tell you a more exciting story but I’m afraid that’s the way it goes sometimes . . . well, most of the time actually.  Ho hum.

At least we’ll never let the DSO forget this.