The blue flashing lights were a give away.  As were the waving arms.  But really, it was the classic rhythmic movement of someone performing chest compressions that caught my eye.  And at 200yds and closing fast you could tell the compressions were good.  Really good.  Hard and fast. 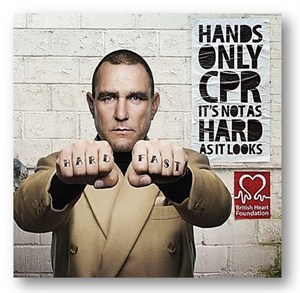 Skidding to a halt and very nearly T-boning a police vehicle (oh the cakes I would have had to have bought!!!) I jumped out the car, grabbed the Lifepak machine and headed over to the commotion.  A crew had arrived at the same time and were bringing the rest of the gear.

What was happening?  Well, an old man had collapsed in the street and gone into cardiac arrest of course.

Call it coincidence, call it luck, call it what you will, but this poor old man couldn’t have picked a more “appropriate” moment to collapse dead in the street.  Within seconds two passing plain clothes policemen were performing CPR.  And within no time more, passing police in a response vehicle had stopped and were joined in with the “shindig” – bringing with them a defib machine, bag valve mask and oxygen.  Throw in the equation a nurse from a dental practice just next door and we were witnessing what can only be described as text book perfect Basic Life Support. 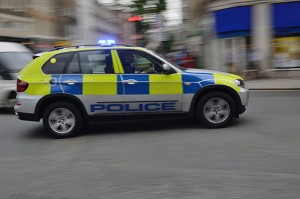 To be honest, the efforts on display here would put a lot of our performances to shame.  You really couldn’t fault the team work and effectiveness of it all.  And as such, as we approached we decided to maintain the status quo and simply mingle in with the efforts, rather than fully “take over”.

This poor old man really was given the best chance of survival.  So, it’s of no surprise that after four shocks (two from their defib and two from our Lifepak machine) we had a pulse.  And a good pulse too.  After a few seconds he was breathing and after a few seconds more his eyes were opening and reacting.  And by the time he was on the ambulance he was attempting to speak!

A blinding job.  Rarely does a cardiac arrest go that well.  But this old man’s fortune in surviving was not so much down to the LAS’s arrival (much as we’d love to take the credit!) but down to the simplest of explanations . . .  early CPR!  And that was from the efforts of the police and the nurse.  Without blowing their trumpet too much, if it weren’t for the brilliant efforts of all those involved before our arrival, that poor old man would certainly be dead.  Or at the very least, a vegetable.

As it turned out, on his arrival to resuss at hospital he was sat up talking.  I think it can be safe to say that this poor old man will be one of the better statistics in the city’s cardiac arrest survival rates.

A massive thanks goes out to the police and the nurse.  Made our life easier that’s for sure.  And for all those reading this who aren’t medically trained . . . please, please, PLEASE get yourself CPR trained.  You really could be a difference between life and death.