This is what my patient looked like . . . pretty bloody sick.  The first thing that struck me was the amount of sweat pouring from this guy.  It really did look like someone had hosed him down and his colour was ashen grey.  Call it intuition, call it a 6th sense – but something inside me was saying this was NOT going to end with me leaving the patient at home with a “GP referral”.

I was aiming down the “inferior MI” front at this stage.  And with a BP of 56/24 and a heart rate of 40 everything was slotting into place for a full Right Coronary Artery Occlusion . . . that is, until I did the ECG.  Which, turned out to be the most normal sinus bradycardia I’d ever seen.  How disappointing!

“Hypoglycaemia?”  I interjected excitedly, “Hypoglycaemia!!  You’re diabetic!?  You’re having a hypo!?”  However, I’d checked the BM already and all was normal.

Just then, one of his colleagues stepped into the room just at the same time the crew arrived.  I gave the briefest of handovers stating I wasn’t actually sure what was going on and then set about getting a line in.

The patient’s colleague – none the better for the amount of alcohol she had been drinking – started berating our progress and treatment.  Her stolid stance merely emphasized that we should already know full well what is wrong with our patient.  And the fact she was well educated, well versed and well “seasoned” did not especially help bridge the gap of misunderstanding.

We all stood and stared, wide eyed and nodding slowly.  Each of us pretending to understand but actually remaining silent and terrified of this new assailant and her long phrases.  Every now and then, certain words hit their mark – but on the whole . . . I had no idea what she was talking about. 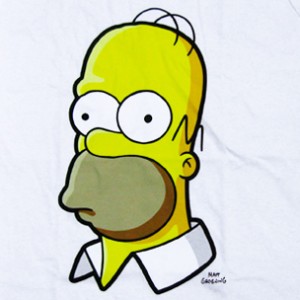 On she went, gesticulating wildly and pointing enthusiastically at the patient’s medi-alert . . . until eventually her shoulders dropped and she sighed a deep sigh of defeat.

There was a long pause before she ventured her final attempt.

“Addisons!!!  You know that?  Addisonians?  He’s having a crisis”

BOOM!  And as one, we all raised our eyebrows and rolled our heads back.

And with that, IV access was got, Hydrocortisone given and within twenty minutes our patient was right as rain.

The crew were happy as Larry.  The patient over the moon for “being saved” and his colleague relieved it was all over.

As for Addisonian Crisis – well, we’re trained in what it is and what to do but in all honesty, the condition is so rare it’s a bit like rocking horse poo in terms of coming across it.  It was certainly my first time.  And as such, was actually quite exciting.

And the patient survived too.  Which is nice.