When a young person trips over in the street half cut you really shouldn’t expect them to be calling an ambulance. When the said person is a medical student, well, it just seems to exacerbate the ridiculousness of the issue!

The call had come down as “22yom Falls. ?broken arm. ?intoxicated”. So, to give the person their dues, I was thinking they must have fallen from a height . . . say, from some scaffolding or something. Because that would warrant a broken arm surely.  When I arrived I was presented with two drunk males, one lying on the pavement and one leaning over him.

There was no scaffolding to be seen.

Bemused, I peered down at the patient quizzically, “You alright?”.

My patient spoke in such a way that you could tell he’d had a few . . . loudly and over confidently, “I’ve broken my arm. I’m pretty sure.”

“Ok. Well. We’ve both been drinking, that’s for sure – ow ow OW!” a tiny amount of movement caused the young man to wince in pain.  But then, remembering that his story was of more importance, he continued “. . . I’m studying to be a Doctor.  We both are.  We’re both medical students, so I’m pretty sure it’s broken . . . anyway, we’d just got back from a good night out –“

“We live just there man!” the patient’s friend beamed proudly as he pointed in the general direction of the set of flats in front of us.

“Right” I said slowly, “. . . and what’s this?”  I nodded toward his arm.  The patient was wearing a thick sheep skin over coat which masked and chance of seeing any potential injuries.  But Sellotaped clumsily either side of the lower arm area was a wooden spoon and spatula. 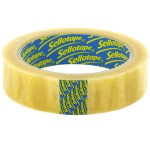 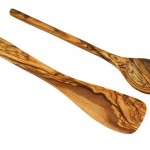 “Oh that . . . ” both the patient and his friend giggled sheepishly, “. . . that’s our attempt at splinting the break”

I laughed, “That’s brilliant!  Utterly awesome dude!”  After I calmed down from chuckling I took into account that he did actually look in genuine pain, despite his inebriation, “Look, you know I’m gonna have to have a look yeh?  Will you be ok with me cutting this coat off?  Or do you think you can manage?”

“Ok.  You guys crack on with that and I’ll go get you some pain relief.”

I was just getting the Entenox (laughing gas) from the car when the crew arrived.  And as we returned to the patient I brought them up to speed with what I knew so far.  Standing back from the two drunk students we watched, with mild amusement, as they fumbled with getting the coat off.  Several staggers, slips, stumbles and screams of pain later and they hadn’t made very much progress.

“Please no!  I’ll do it!  Ow, fucking owowowowowoooooooOOOOOOW!!!!”

And then it was off.  Yey!  But before we started applauding we all noticed something rather odd.  His arm, at mid-humerus level (upper arm), was wobbling and bending in all the wrong directions.

“Well bugger me!” I proclaimed, wide eyed and surprised, “you have broken it.  Crikey”

And then, feeling genuinely sorry for the poor lad – as opposed to just rudely amused and entertained – we all stepped into gear to help him.  And pretty soon we had him laid comfortably on the ambulance bed and laced up with all the drugs we could muster.

I took the call sign of the crew and said my goodbyes to the patient.  In between breaths on the Entenox he waved dreamily and muttered a Morphine riddled ‘goodbye’ . . .

We all wished him a speedy recovery, poor lad.