I was on my way heading out West with a shell of a car to swap for a complete one.  That meant it had nothing on it for a medical emergency – other than my paramedic bag.  Technically this means I’m “off the road” due to not having the correct resources to deal with medical emergency.

However, being the geek that I am, I have a modified medical bag that allows me to effectively carry everything that would be in the O2 bag (including the oxygen) as well as my paramedic stuff.  Heavy yes, but once on your back it’s fine . . . it’s just I need a fork lift bloody truck getting it there!  So, I had a full bag, with O2, plus tech drugs and paramedic drugs.  In an empty car. 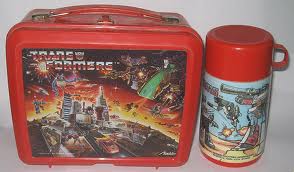 “Hiya Redbase, this is Y565* on my way West to pick up a car.  Can you show me Red1 only whilst en route.  I have a medic bag only but can render assistance should you need it”

Within seconds my MDT started singing into life as a job came down less than a mile away.  Red 2, Hypo.  Well . . . that’ll learn me.  Idiot!  I called back up on the radio.

“Um, hiya Redbase, wasn’t sure if you got my last, but just to remind you, I don’t have anything on this car – just me and my bag.”

“Yep.  All received Y565.  Thanks, don’t worry – there’s a truck right behind you and should be with you almost right away”.

I could sense their nose growing across the Control room as they spoke.

Arriving on scene I was greeted by a gentleman who led me through to his partner currently lying twitching on a mattress in their living room.  Sweat poured from her body and she certainly didn’t look like she was in a happy place.

It didn’t take long to gather this was a Hypoglycaemic episode and measuring her BM (blood sugars) it simply registered “Low – too low to give a figure”.  As jobs go, this is normally quite simple to deal with – ie, obtain IV access, give some Glucose fluids and bish bash bosh, job’s a goodn!  First up though, I decided to put some O2 on her . . . extremely low blood sugars can induce seizures – I wanted to reduce the chances of this as best as possible whilst looking for a vein.

Looking at her however, I could see getting a line in was going to be bit of problem . . . she was violently jerking every couple of seconds.  Thankfully, the crew arrived at that point allowing another set of hands to help.  The medic from their truck held the woman’s arm as still as he could whilst the technician got the fluids prepared.

Well, that decided who was cannulating then – no pressure eh. 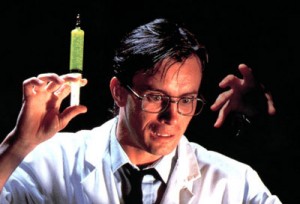 Thankfully, her violent jerks were rhythmic enough to time the insertion of the cannula during a “quiet” stage.  The needle went in – flash back obtained and the line secured.  Stepping back I had the look of nonchalance, as if what I’d just done was nothing.  Deep down of course, I was high fiving myself over and over.  It’s always a good feeling getting a tricky cannula in first time!

But as I said, once the fluids went in, our patient very quickly came round and was back to normal.  Then came the long process of trying to persuade her to come to hospital for some check ups . . . so many patients like her always refuse – very annoying.

At this stage I left the crew to it and continued on my way to collect the car.  I was now in an empty car with a Paramedic bag that had been raped of its contents and looked a mess.  For the rest of the journey I didn’t get a job and was very thankful of that.