I like cats.  So does my wife.  In fact she really likes cats.  So much so, there’s not a day goes past when I’m not asked to get one.  Of course, all the while we’re in London we won’t, so to lighten the impending bout of sadness that ensues after saying ‘no’ I always try and lighten the conversation with a cat joke . . . like, “how do you make a cat go woof?”.  Sometimes though, I just don’t think my wife has a sense of humour!

Which is why this next entry is of great interest.  It involves a cat . . . well, a kitten really.  And a sense of humour.  This was not my job but someone else’s.  The person told me about this for my blog a few years ago and it happened a while before then.  The only reason I’ve not put it up so far is because my wife forbade me to do so – due to it’s graphic content and outcome.  So, please read on – but remember, I am merely relaying the events through the medium of “artistic writing”.  Make your own mind up on the ethics side of things! 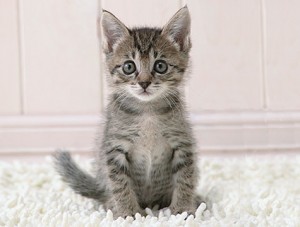 Black humour is rife in the Ambulance Service as it is anywhere where it is needed.  Police, Fire Brigade, the Army, Nursing, even funeral parlours.  We all need black humour to help us get by.  It’s a way of subconsciously dealing with the inevitable weight of horrible things we see, hear or even do.  Without it, the energy built up within us would invariably turn us all into gibbering wrecks.

I laugh at funerals.  I don’t mean to but it’s my own safety mechanism I guess.  I could either cry or laugh.  Each will dispel the same amount of energy from the body – but I know which one feels better.  So I laugh.  Likewise, I will joke and jape over horrible things . . . like most of us do.  We’re not showing off (well, I hope no one is), we’re just trying to cope.  Sort of, making lighter conversation of a horrible situation.  I, for one, prefer it that way . . .

Veronica* sat in the mess room and spilled out the details of her last job (in the days when folk were able to do this!).  She’d just attended a rather odd, yet very disturbing job and was visibly shaken.  Whilst sipping at a cup of tea she carefully relayed the details . . .

She was called to a young single mother who was hysterical to a point of near insanity.  The young woman had recently bought a kitten to help with life at home and had quickly grown accustomed to it’s psycho-cat like ways.  This day however, the kitten’s curiosity got the better of it and it managed to climb into the tumble dryer where it lay hidden and undetected amongst the bed sheets.  The young mother, unbeknownst to events about to unfurl, put the dryer on to it’s hottest and longest setting and went on to do other things.

Barely an hour later and a foul stench was filling the young mother’s nostrils and very quickly she was putting two and two together.  The dryer was stopped and before she even opened the door she could see remnants of the little kitten stuck to sheets on the inside.

At this point, the young mother broke down.  The ambulance was called when neighbours couldn’t console her.

Veronica stopped for a few moments, took a sip and continued,  “The screams were dreadful.  The woman just wouldn’t stop.  Utterly mortified she was.  You’d think it was one of her own kids she’d put in that bloody dryer, not the cat!  Then . . . then . . . she bloody noticed us.  She ran up to me and begged me to get the cat out of the dryer – ‘PLEASE!  PLEASE!  PLEASE!’ she kept screaming.  As if it would make a difference.”

Veronica went on to explain how she opened the dryer door and was hit by the most intense smell . . . a various cross of burned meats, faeces and singed hair.  So intense it made her reel at first.  But she pushed on – all the while the young mother wailing and screaming behind her.  All the white sheets were caked in pieces of flesh and fur – stuck here and there.  The burnt remains of a leg and tail were pulled from a pillow case whilst other scorched bones were plucked from within the drum.

Holding back tears and vomit Veronica made one final sweep of the drum.  And then the remains of the kitten’s head fell from the top of the drum into her hands.  Veronica fell back onto the kitchen floor screaming.  Which, in turn, caused everyone else to scream.  And seeing as the young mother was already screaming . . . it just made her scream more.

In the mess room Veronica’s hands were shaking and tears had re appeared in her eyes.  Her voice was wavering slightly as she held back the emotions,  “I felt so sorry for the poor woman, I really did.  And the cat . . . oh my god, the poor cat . . . ”

The room was quiet – as it would be when someone is genuinely upset.  In front of Veronica, standing in the middle of the mess room was one of the old school FRU medics.  He stood sidewards on and was looking down at Veronica out of the corner of his eye.  The corner of his mouth lifted just ever so slightly.

“So . . . let me get this straight,”  he said methodically, as if working out a difficult mathematic equation, “what you’re trying to tell us is . . . this old dear’s just tumble dried her own pussie yeh?”

And with that, the entire mess room – Veronica included – burst into uncontrollable laughter.

NB  Here’s to black humour.  We need it.   Oh . . . and of course, this is a very gentle example of the sort dark humour that is used sometimes – but sometimes, that’s all you need.

*not her real name of course.